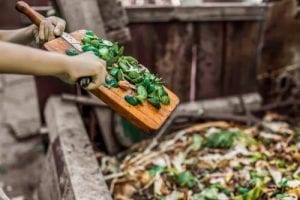 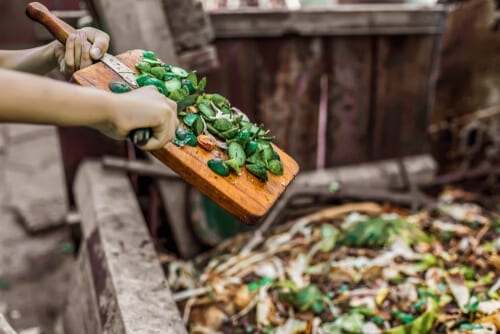 Today, Western societies have two main options for dealing with the remains of their loved ones: cremation and burial. In other parts of the world, though, sea burials and Viking funerals are a very viable third option and, although we aren’t going back to Viking funerals anytime soon, 2021 will be the year that human composting is added to the list of viable after-death options in the United States.

Scheduled to set up shop in Seattle next year, Recompose is the world’s first human composting facility. Here, remains are allowed to turn into organic soil, through a process that is called “natural organic reduction”. Currently, Washington is the only state that has legalized the practice after passing a historic bill.

At Recompose, remains will be embedded in hexagonal chambers full of wood chips. Then, they will be aerated, creating the perfect environment for microbes and bacteria to grow. These microscopic microbes will heat the remains to a temperature that kills off any bad bacteria, leaving the resulting materials safe to handle and use. Over roughly 30 days, the body will be transformed, turning into nutrient-packed soil. The cost for using this service is roughly $5,500 USD, which is at least a few thousand cheaper than traditional burials. The chambers used for the service are reusable, spacious enough for the average adult, and will generate up to 1 cubic yard of rich soil by the end of the 30-day process.

Why should we consider using human composting over traditional methods? It comes down to a combination of science and nature-preservation.

Embalming, which is done before a body is buried, uses a mixture of chemicals that can be harmful for the earth. On the other hand, cremation releases a ton of CO2 emissions and requires the use of intense heat, which sucks up energy at an alarming rate. It also removes the need for wood caskets and, as a result, reduces the number of trees that must be chopped down to create them.

Recompose, according to its creator, will start by accepting 25 bodies at a time. They hope to have a turnout of 750 annually, though. If all goes well, the company may expand into other states whoa re interested in the process. Speaking of process, after the body has been converted into soil, the families of the deceased are encouraged to take as much of the resulting soil home as they wish. With it, they can plant trees, fertilize gardens, and grow flowers – all while knowing that their loved one is with them.

For many enthusiasts of the process, the idea of giving back to the natural world is one that brings peace and comfort, with one woman saying: “What’s most important to me is that after I’m gone, my body is able to give back to this earth that has supported me, and through that create new life.”