Evolution: The Story of How Dinosaurs Became Birds - The Rockets Science 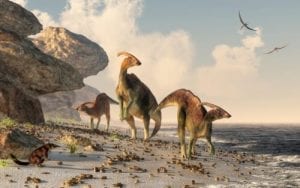 Evolution: The Story of How Dinosaurs Became Birds 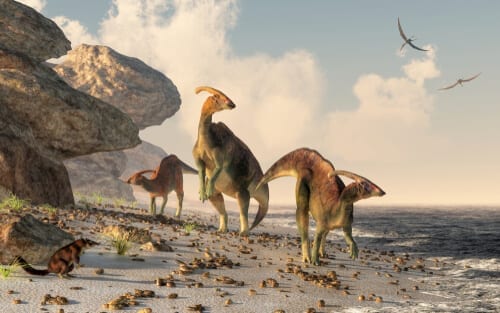 When you think of dinosaurs, you probably don’t think of modern birds. However, these two species of creatures have more of a connection that we once realized.

For decades, the only skeletal connection paleontologists could find between dinosaurs and birds was a dinosaur with feathery wings, a long dinosaur-like tail, and sharp teeth called the archaeopteryx. According to evidence, these creatures managed to evolve into their bird-like features within only 10 million years, which is a mere blip in the world’s existence.

Flashforward to China in the 1990s and we’re brought to an influx of new dinosaur fossils. Many of them lacked wings, as expected, but some had a variety of plumage, with everything from fuzzy bristles to sharp, needle-like quills dominating their body. The discovery of these fossils bridged the gap for palaeontologists, allowing them to track the structural changes of dinosaurs as they transitioned into avian beings.

Scottish palaeontologist, Stephen Brusatte and his colleagues tracked the slow changes, deciphering that although the dinosaurs did indeed evolve to have wings and fly, the transition was somewhat gradual, despite being completed within a sliver of time on the grand timeline of the planet.  One particularly interesting thing he discovered is that the bird-exclusive features we know today evolved seemingly one by one, taking their time appearing and pairing with other features.

For example, the archaeopteryx may have first learned how to move via bipedal locomotion. Then, they might have grown feathers, then a wishbone, then their existing feathers may have evolved, and finally, they may have developed full-blown wings and became airborne.

After this change, it appears that the bird-like dinosaurs evolved very quickly. Brusatte also notes that while their avian features were evolving, the dinosaurs that were to become birds were slowly shrinking in size. Their slow size reduction was advantageous in the loop of evolution, allowing them to fly more easily and lose their unnecessary bulk. It is possible, though, that this miniaturization started to take place before birds began to evolve – as far back as 50 million years before the first change. According to Brussatte, this hybrid lineage was shrinking at a rate of 160 times faster than the speed in which other lineages were getting larger.

While this newfound information is certainly interesting and gives us a better look into how evolution works, it’s impossible to say in what order the changes happened. It’s also unlikely that we’ll be able to pinpoint which changes were crucial and which were merely a product of the changing body. Along with this, Brusatte admits that he can’t say for certain why this change started to happen and why it picked up speed so rapidly.

If dinosaurs and birds can be so complexly intertwined, doesn’t it make you wonder how we, as homo sapiens, are intertwined with our ancestors? It makes us go back to the fact that in the womb, we have tails and, occasionally, webbed feet and hands. What would happen if these evolutions were dialled back?