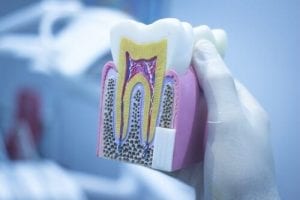 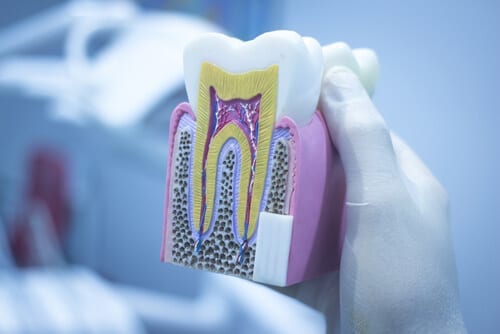 Once tooth enamel has broken or worn away, that’s it – it will never grow back. That’s why dentists are forced to fill in tooth enamel gaps with artificial materials. Now, though, this unfortunate fact could be on the way to becoming a myth. A group of scientists from Zhejiang University and Jiujiang Research Institute have made an important discovery – a way to potentially regrow tooth enamel, a development that could make history and change the way the dental system functions.

The development is a special gel that, through research, was found to help mice regrow their enamel within only 48 hours. If the gel is successful, it will likely mean a standard dental appointment. The important research was published in Science Advances. In a paper published by the group of scientists, they also announced that they have tried the gel on human teeth that have been donated by the public.

So, what is enamel?

Why can’t it be regrown? Enamel is a mineral substance that covers the surface of each and every tooth. It’s made up of rods that are interwoven with inter-rods in a fishscale-like pattern, making it the hardest structure in the human body. It is biologically formed, but cannot self-regenerate, which is what make tooth decay so prevalent in humans.

Enamel is a complex structure that has yet to be successfully duplicated artificially. According to the research group, previous attempts at repairing enamel has failed due to the unique crystalline structure that enamel makes. As it turns out, it is extremely hard to replicate without impurities.

When enamel has been broken, dentists use resin, ceramic, and amalgam to fill the problem areas. These materials fix the surface of the problem but are not a forever solution. Often times, they need to be replaced at some point due to the fact that they are not natural materials and are not as easily accepted by the body.

The gel made by the scientists is made of the same materials as biological enamel. It is carefully fashioned using calcium and phosphate ions, as well as a chemical called triethylamine.

As of right now, the development of this gel is a promising sign of what could be the next big thing in dentistry. It isn’t, however, a concrete solution and won’t be found within every dental office around the world anytime soon. Right now, the gel has good results on mice but is too thin to use for human teeth, as natural enamel is roughly 400 times thicker than the lab-grown gel. For now, filings will continue to be the go-to decay solution. The scientists plan to continue their testing, improving and tweaking it to a point where they will be able to use it on humans. When they do, the tests will involve tracking how the enamel holds up against drinking, eating, chewing, and natural acids.