A Quick Guide to Blockchain Technology - The Rockets Science

A Quick Guide to Blockchain Technology 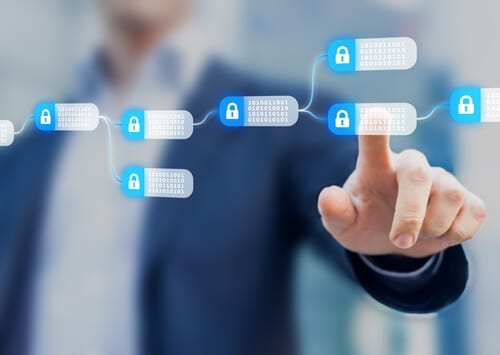 A blockchain simply refers to a distributed database. In other words, all storage devices that use the database aren’t connected by a single common processor. In a traditional setting, a bank or government will act as the central administrator for any digital transactions. On the other hand, blockchain technology relies on a network of replica databases which are synchronized via the internet. This also means that anyone within the network can access it. Of course, networks can also be private and can only be accessed by those with a password, but they can be public as well.

How Does It Work?

Any information that’s held in a blockchain will act as a shared database. To better understand how it works, try to picture a spreadsheet which is then duplicated several times across a network. After that, imagine that this network is specifically designed to update the spreadsheet. That way, you’ll have a better understanding of the blockchain.

Essentially, that information is reconciled into the database on a constant basis. It’s stored in various locations and is then updated in an instant. As such, the records are verifiable and made available to the public. Moreover, since there’s no central location, hackers will find it hard to access since the information exists in multiple places at the same time.

The blockchain technology is secure in a lot of ways. First, new blocks are stored in a linear and chronological manner. Once a block gets added to the end of a blockchain, it will be hard to go back then change its contents. It’s because every block has its own hash as well as the hash of the block before it.