A Building Made of Woolly Mammoth Bones - The Rockets Science 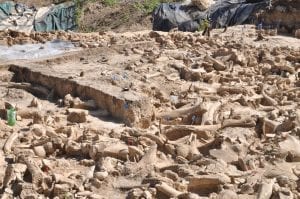 A Building Made of Woolly Mammoth Bones 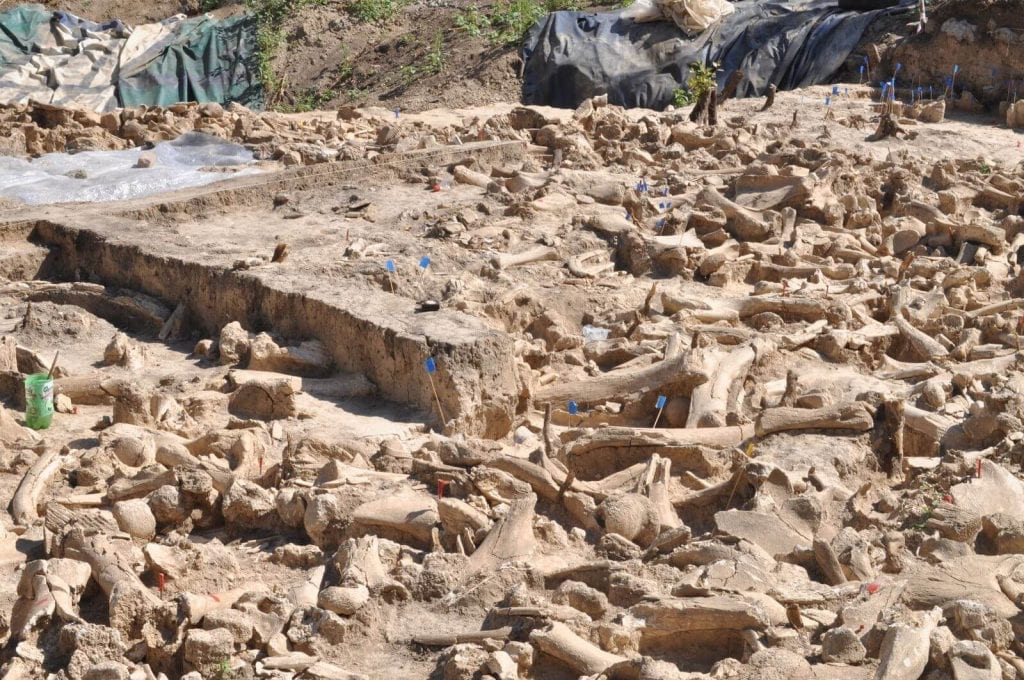 Woolly mammoths were the most majestic creatures to ever roam the land but the Ice Age was not really a great period for the poor creatures.

While the woolly mammoth has been a subject of much cloning efforts in the last few years, we have to say that it wasn’t just a continental drift or climate change that resulted in the extinction of this unique species.

Hunters and gatherers of the era gone by used to target the woolly mammoth for its hide and bones and even meat. That was a time when you had to hunt whatever you could find rather than being too choosy about what you ate.

Recently, a jaw-dropping discovery was made in Russia. Archaeologists from the University of Exeter in the UK bumped into an Ice Age structure in Russia’s forest-steppe. The huge circular structure is actually built out of 60 woolly mammoth bones.

This really begs the question as to why would anyone murder these beautiful creatures in cold blood (no pun intended).

The answer to that is….well even the scientists have no idea.

However, the ancient architects did manage to leave a few clues behind. The structure has places for fires, food scraps and there are several spaces where the woolly mammoth bones were used to store food.

According to Alexander Pryor, one of the archaeologists who made the discovery, the bones were used to store food.

“You obviously get a lot of meat from a mammoth,” Pryor said, “so the idea that there were food processing and food storage activities going on at the site is something that we want to investigate more.”

Of its time, this structure was a holy site too.

“People have also speculated a lot about a likely ritual element to this and it’s really hard to say what that might have been,” Pryor adds. “Ritual is embedded in human lives in all sorts of ways. The fact they might have designed a structure of this type as part of both their ritual and their sustenance activities is very reasonable.”

And while we may never have an opportunity to know why this structure was built, let’s just hope that scientists eventually succeed in their attempts to clone these creatures whose sheer size would put modern-day elephants to shame.